Ecologenia is neither a Utopia nor an “ideology.” It’s possible to change this world and its politics even if it seems utopian. It’s only necessary to understand what Ecologenia is. It is the Natural Policy, and each one has something to contribute. Your participation is of immense importance. You can learn True Politics in a few weeks and become a TRANSFORMER of your social, cultural, and economic environment. The whole world urgently requires the positive action of each person who awakens to global reality.

Patriotic, Anti -New World Order- We do not intend or accept that imposed “new order,” nor its “new normality” that would be in reality an aberrant “new Abnormality,” but National Sovereignty in each country and sufficient autonomy in each region, which On one hand, it guarantees coherence in the National State, but on the other, the impossibility that said State could never run over the Natural Rights of citizens. We intend and know how we can achieve it, a New Humanity, Healthy, Intelligent, Cultured, Dignified, Free, and Happy. If there is then a “world order” in peace, it will be by Conscience and Freedom, by a truly democratic decision of all the Peoples of the World, but without losing at all, the sovereignty of each Nation, the autarchy of each region and the Freedom of each individual. It will not be by imposition or subjected to money lanyard.

We are Anti-partitocracy and Anti-usury. There is no “fundamental contradiction” like in the parties, the tyrannies, and dictatorships that cultivate international financial power. Nor is it a “dictatorship of the proletariat,” because there is no class division, but people with different responsibilities according to their Vocation and Capabilities.

It is not “representative” but PARTICIPATORY. Each and every citizen (except for criminals) has a voice and vote in their Assemblies. It is nothing new; it is the essence of the real Roman Republic, not that history falsified 17 centuries ago by the globalist synarchy. The Citizen is considered as the basic cell of society, but also the Natural Family as the basic social organ.

We do not propose an “ideological guideline,” but the realization of True Democracy, where the People govern themselves through an Assembly system.

Some practical details of Ecologenia’s philosophy: 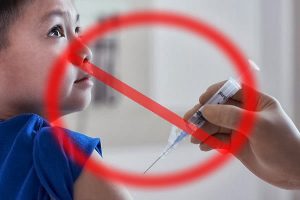 EFFECTIVE PROHIBITION OF VACCINATION of any kind. YES TO REAL THERAPIES. A myriad of real non-damaging therapies for all sorts of ailments have been and are currently persecuted by the corrupt WHO and its political lackeys in more than half of the world’s countries. Vaccines are used to produce disease, not to prevent them. There is enough high-level scientific information for those who do not understand this point.

EFFECTIVE PROHIBITION OF IMPLEMENTATION OF MICROCHIPS. We are not animals, and we do not need to be controlled by anyone on any pretext. The modern ones can hardly be seen, inoculating them with a “vaccine.” They can be triggered by a satellite. The few poisonous molecules they release are enough to kill.

EFFECTIVE REALIZATION OF NON-HARMFUL TECHNOLOGIES. There is a high range of technologies hidden from the world mass, which are better than 5G, and without killing by hypoxia or any other damage. They work with ultra-long waves instead of microwaves, and at very different frequencies of our organisms, therefore they do not affect any living cell. The 5’G is a scalar weapon that does affect, destroys certain cells, and generates various diseases. The “quarantine” has several purposes, and one of them is installing its antennas without obstacles. 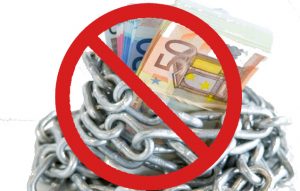 DISABILITATION OF USURE and a full change of the economy, because in principle, even if money is still used, it must be managed by its owners, which are the citizens, therefore, the Assembly State. It’s not a “product” but a mere instrument to be abolished in a short time, not to move to a virtual, electronic, credit, or anything like that. The true economy is DISTRIBUTIVE, and SOLIDARITY isn’t selfish as slavery had done since the creation of the Banka Byzantium (Bizancia) in the III century.

TOTAL REPLACEMENT OF INTERNATIONAL CURRENCIES, CRYPTOCURRENCIES, AND OTHER DECEPTIONS: There should only be one currency in each country, and it’s the National Currency. No oil or gold patterns or any other product or material. Only the Work Value, measured in Mh (Man Hour). Some countries can directly abolish all forms of money and move to a DISTRIBUTIVE economy, where all products are delivered to the National Warehouses, and all services are conducted according to the coordination of the CENSORS. The CENSUS is the institution that regulates production, distribution, and all services. It does not require armies of accountants and speculators like the “market,” but few efficient administrators, since there is nothing to “buy” or “sell.” All this has existed in antiquity, but the enemy of all peoples has hidden the real history of Rome, Egypt, Greece, and Baalbek, since Constantine (326 AD) and his monstrous creation of the first private bank, the Banka Byzantine. Until the invasion of America by Columbus and the others, the American empires didn’t use money either, but the FAIREST DISTRIBUTION possible. This system of Natural Economy has been the cause of such abundance of all kinds of resources, that you can even appreciate today the luxury of general use in the ruins of those civilizations that were deceived and perverted by the “economy of the money.” 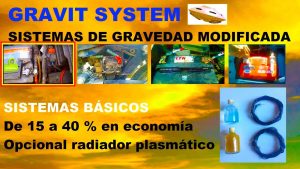 YES TO FREE TECHNOLOGY, hidden and pursued to rule the world’s oil, nuclear and

false wind monopolies (which produces the minimum to remain dependent on oil. See Eolian Differences.) But apart from this resource, there are other more advanced, hidden, their creators persecuted and stolen patents. In Ecologenia, there is the recognition of Intellectual Rights, but not the “patent” trap.

NOT TO FINES OF ANY KIND, because they are one more coercive means of the world money trade. 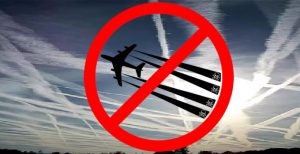 RETURN TO CLEAN SKIES, FREE OF CHEMTRAILS For fifty years, governments have denied that they are fumigations. Now, under the guise of a supposed virus, they intend to make this fumigation legal, which disperses dangerous bacteria and heavy metals, which serves to increase the operation of scalar weapons such as HAARP. The culprits and accomplices of these aberrations against humanity must end up in prison.

CONTROL OVER ALL THE MEDIA BY THE CITIZEN’S ASSEMBLY. The Real Journalists have in Ecologenia their own chain of command, which responds to the Assemblies. Something as strategic as communications can never again be in private hands, less in foreigners. The current War against Humanity unfolds mainly among social networks with the benefit of awakening people. Still, the majority of the social mass continues to be deceived by the mass media, especially TV. The media is bought by agents of the globalist financial sect.

YES TO THE MAXIMUM AUTARCHY POSSIBLE. Without prejudice to the exchange between regions and between Nations, each Assembly will promote the maximum possible food independence, stimulating agriculture and livestock, beekeeping and PERMACULTURE in general. Free manuals in Spanish and English in PDF

YES TO TRUE NON-COMMERCIAL THERAPIES, to authentic medicine, to inexpensive and simple medicines like MMS, to the use of Pyramids, to bio-decoding as psychological therapy, which ends with an infinity of supposedly incurable diseases. Genuine homeopathy, phytotherapy, and all the fabulous arsenal that the misnamed “alternative” medicine possesses, dramatically surpasses the allopathy, which is actually one of the last “alternatives” and not precisely the best.

ETHICAL AND SCIENTIFIC REEDUCATION TO AVOID MORAL AND MENTAL DEGENERATION. Among other things, redirection of education to discourage feminism, machism, gender ideologies, dictatorships of minorities, etc. We advocate the recovery of the normal language, in the face of the aberrations of communication with the gross “inclusive language” and all the perverse ideas generated by the dissolving sects of society. Respect for all people within human diversity doesn’t mean that children and adolescents should continue being degenerating with ideas and concepts that take them entirely out of their natural development.

THE ONLY POLITICAL ALTERNATIVE efficient, natural, solid, and without “fundamental contradictions,” without the possibility that the peoples are deceived again, without any kind of tyranny being able to suppress them, is called SELF-GOVERNMENT, and this is true Democracy. There are magnificent examples, as you will see on this website. It’s already happening. There are groups in different countries working to make all this a reality. Still, it’s necessary for YOU to PARTICIPATE, because there are no “saviors” or messiahs, nor anyone who does the duties that each one of us has to do. Study the material on this website for a few days, and you will know more about politics than almost all the minions of world financial and technocratic power. Then you will know what to do. And you will have help to understand what you are missing. 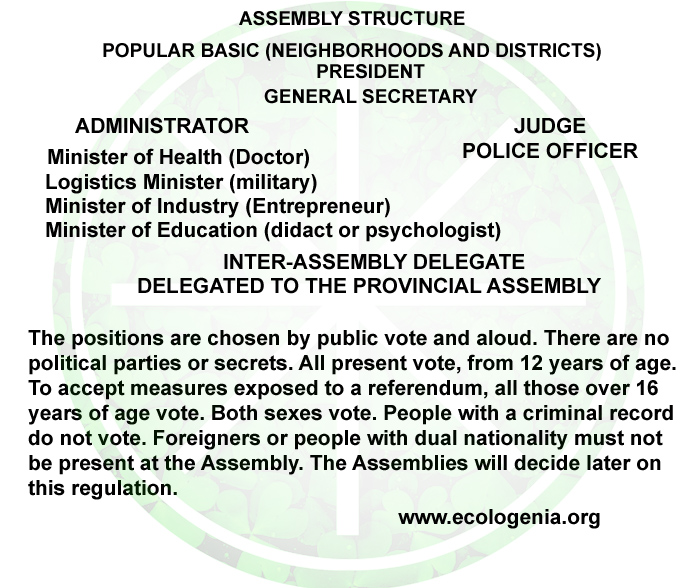 It’s a FEASIBLE GOAL of All, and for All, it doesn’t depend on “OTHERS DOING,” but on YOU DOING what is within your reach. And as you understand the simplicity of the True Politics, so different from the very complex network of deceits of the partitocracy at the service of the moneycracy, you will see how many things are really within your reach to contribute to making a better world. In summary, it consists of replacing the current partitocratic governments, servants of the globalist synarchy, so that each community can manage itself. It’s nothing less than the liberation of citizens and the recovery of all rights and guarantees that the puppets of large corporations have been taking from the world. We can’t describe the whole process in four words, but on this website and in the book, the keys to action are very clear. Some things we only transmit on the Telegram channel.

We can do it because it is possible, you only need to take the first step, downloading the PDF of Global Ecologenia from the web, or acquiring the printed version at this link. With this, you will help the cause and rest assured that you will read it more than once, because it will not only make you open your eyes about the deceits of current world politics, but you will see how close the TRUTH has always been, just on the other side of the smoke curtains created little by little, over almost two millennia, by the petty interests of a few criminals against humanity.

You can also read the COMPLETE BOOK HERE.

Browse the file, and you will find a lot of information. Subscribe to the public Telegram channel (download the application if you don’t already have it, and join via the link t.me/Ecoloenglish ) t.me/Ecologenia para español , so you will be informed about news, and you’ll receive a few messages, but always important, so between all together can get going the change we desire. The world’s greatest threat is in a gang of international bankers who have established an increasingly tyrannical network of powers and controls. Right now, their primary and most significant objective is not the mere dominance of the world, but the murder of seven billion people, who they consider unnecessary and problematic to maintain their global power.

Subscribe to the public Telegram group (download the application if you don’t already have it, and join via the link t.me/Ecoloenglish